City Visions: Past and Future 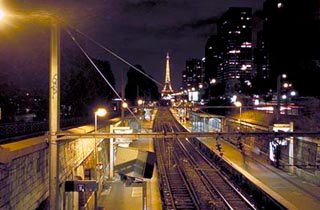 This class is intended to introduce students to understandings of the city generated from both social science literature and the field of urban design.

The first part of the course examines literature on the history and theory of the city. Among other factors, it pays special attention to the larger territorial settings in which cities emerged and developed (ranging from the global to the national to the regional context) and how these affected the nature, character, and functioning of cities and the lives of their inhabitants. The remaining weeks focus more explicitly on the theory and practice of design visions for the city, the latter in both utopian and realized form. One of our aims will be to assess the conditions under which a variety of design visions were conceived, and to assess them in terms of the varying patterns of territorial “nestedness” (local, regional, national, imperial, and global) examined in the first part of the course. Another will be to encourage students to think about the future prospects of cities (in terms of territorial context or other political functions and social aims) and to offer design visions that might reflect these new dynamics.