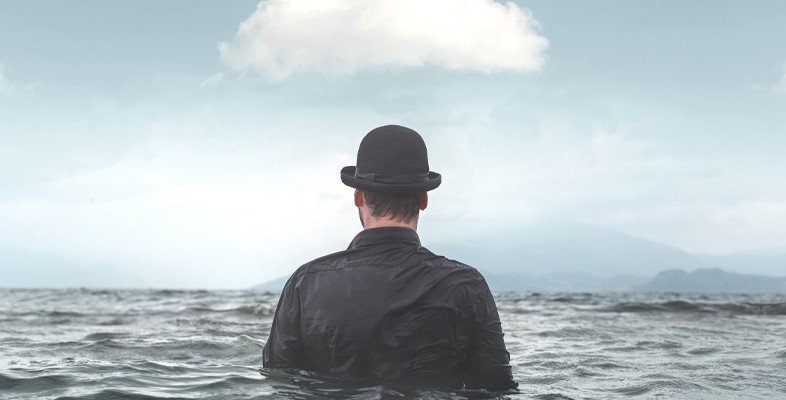 This advanced-level course, Exploring depression, serves as an introduction to masters level study in neurosciences and mental health. Focusing on depression, you will consider key issues concerning diagnosis, causes and interventions. You will also begin to explore theoretical models, biological and psychological explanations, and look at a range of pharmacological and psychological therapies for depression.

If you are about to embark on this course, please be aware that this is the second part of a three-part series covering anxiety and depression. We would encourage you to start by Exploring anxiety.
Depression represents a major global health concern. The condition contributes significantly to the overall global burden of illness and is ranked highest (with over 63 million Disability Adjusted Life Years or 'DALYs'; see Exploring Anxiety Section 3.3) amongst the DALYs attributable to mental, neurological and substance use disorders, according to the WHO’s Global Burden of Disease Study 2010 (Whiteford et al., 2015). The 12-month prevalence of depression in Europe is 6.9% (Bschor et al., 2014). Anxiety disorders can precede depression, and symptoms can overlap, with anxiety often co-existing with depression. The course of illness can be episodic with periods of ill health and recovery. More than half of depressed patients recover within six months, but in around 15% of affected individuals, depression can become chronic and severe and some may experience long-term depression lasting several years (Bschor et al., 2014). Resistance to treatment is a common issue −a third or more of patients do not respond to trials of several weeks of treatment with antidepressant medications (Bschor et al., 2014). The ‘Sequenced Treatment Alternatives to Relieve Depression’ (STAR*D) trial, a large study involving 4,000 participants in the United States, found 37% to be in remission after a 12-week treatment period with antidepressants, and 67% after four treatment trials (Rush et al., 2006). Risk factors for developing chronic depression include a family history of mood disorders, early-onset depression, and long duration of depressive episodes. Comorbidity with anxiety disorders, personality disorders, substance dependence or abuse, poor social integration, and negative social interaction are factors commonly associated with depression (Bschor et al., 2014). But what does it actually feel like to experience depression? Is depression on the increase? Is this an illness of modern civilization? Can depression serve as an adaptive response – is there any benefit to depressed mood? Why do some people who experience traumatic life events become vulnerable to depression while others do not? Why is it that around a third or more of people with depression do not respond to current antidepressant treatments? What other emerging treatment options are out there? We will explore these and other questions next.