0
History, Arts and Humanities Philosophy and Art Poems and Literature 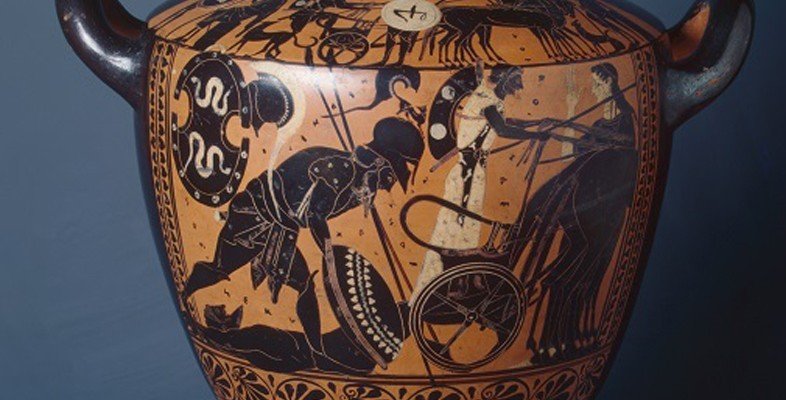 This course, Introducing Homer's Iliad, focuses on the epic poem telling the story of the Trojan War. It begins with the wider cycle of myths of which the Iliad was a part. It then looks at the story of the poem itself and its major theme of Achilles' anger, in particular in the first seven lines. It examines some of the characteristic features of the text: meter, word order, and epithets. Finally, it explores Homer's use of simile. The course should prepare you for reading the Iliad on your own with greater ease and interest.

The Iliad and the Odyssey, the two epic ancient Greek poems attributed to Homer, are widely considered to be foundational texts in Western literature. Yet, the poems contain many features that seem unusual or just plain weird to the modern reader. In order for you to be able to read and better understand the poems, you will be introduced to some of the major characteristics of Homeric poetry. This free course, Introducing Homer’s Iliad, will focus on the first of the two poems, which tells the story of the Trojan War. You will begin by learning about the wider cycle of myths of which the narrative of the Iliad was a part. You’ll then look more closely at the story of the poem itself and its major theme of the anger of Achilles, in particular in the opening of the poem. Using this opening, you’ll examine some of the characteristic features of the text: meter, word order (and its effects on the translation), and epithets. Finally, you’ll learn about one of the key features of Homer’s poetry, the simile. This should prepare you to read the Iliad, as well as the Odyssey, on your own with greater ease and interest.