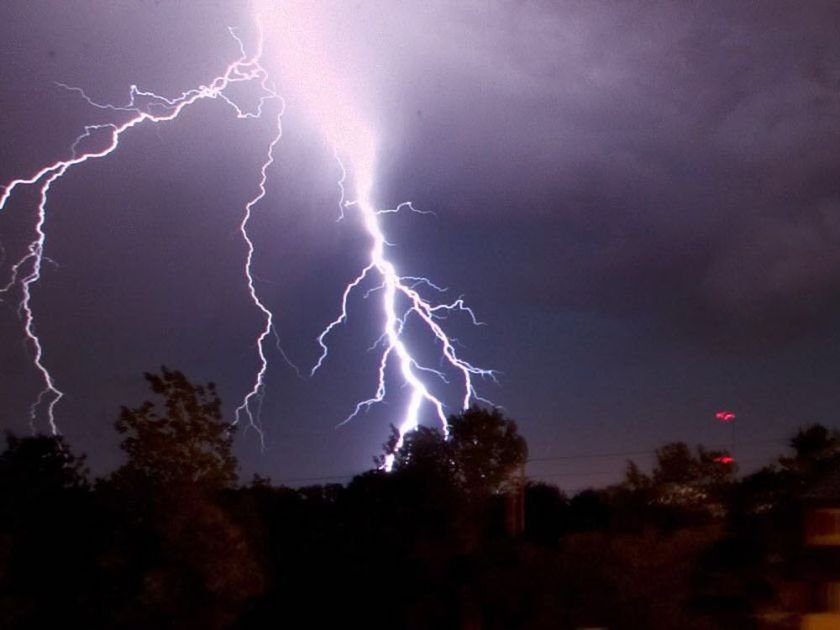 Lightning can be beautiful to watch—from a distance. However, if you experience lightning during any type of activity—whether you are indoors or outdoors, here are a few things you can do to help you stay safe.

Lightning is a naturally occurring electrostatic discharge during which two electrically charged regions in the atmosphere or ground temporarily equalize themselves, causing the instantaneous release of as much as one billion joules of energy. This discharge may produce a wide range of electromagnetic radiation, from very hot plasma created by the rapid movement of electrons to brilliant flashes of visible light in the form of black-body radiation. Lightning causes thunder, a sound from the shock wave which develops as gases in the vicinity of the discharge experience a sudden increase in pressure. Lightning occurs commonly during thunderstorms and other types of energetic weather systems. The three main kinds of lightning are distinguished by where they occur: either inside a single thundercloud, between two different clouds, or between a cloud and the ground. Many other observational variants are recognized, including "heat lightning", which can be seen from a great distance but not heard; dry lightning, which can cause forest fires; and ball lightning, which is rarely observed scientifically. Humans have deified lightning for millennia, and lightning-inspired expressions like "Bolt from the blue", "Lightning never strikes twice (in the same place)" and "blitzkrieg" is in common usage. In some languages, the notion of "Love at first sight" literally translates as "lightning strike".