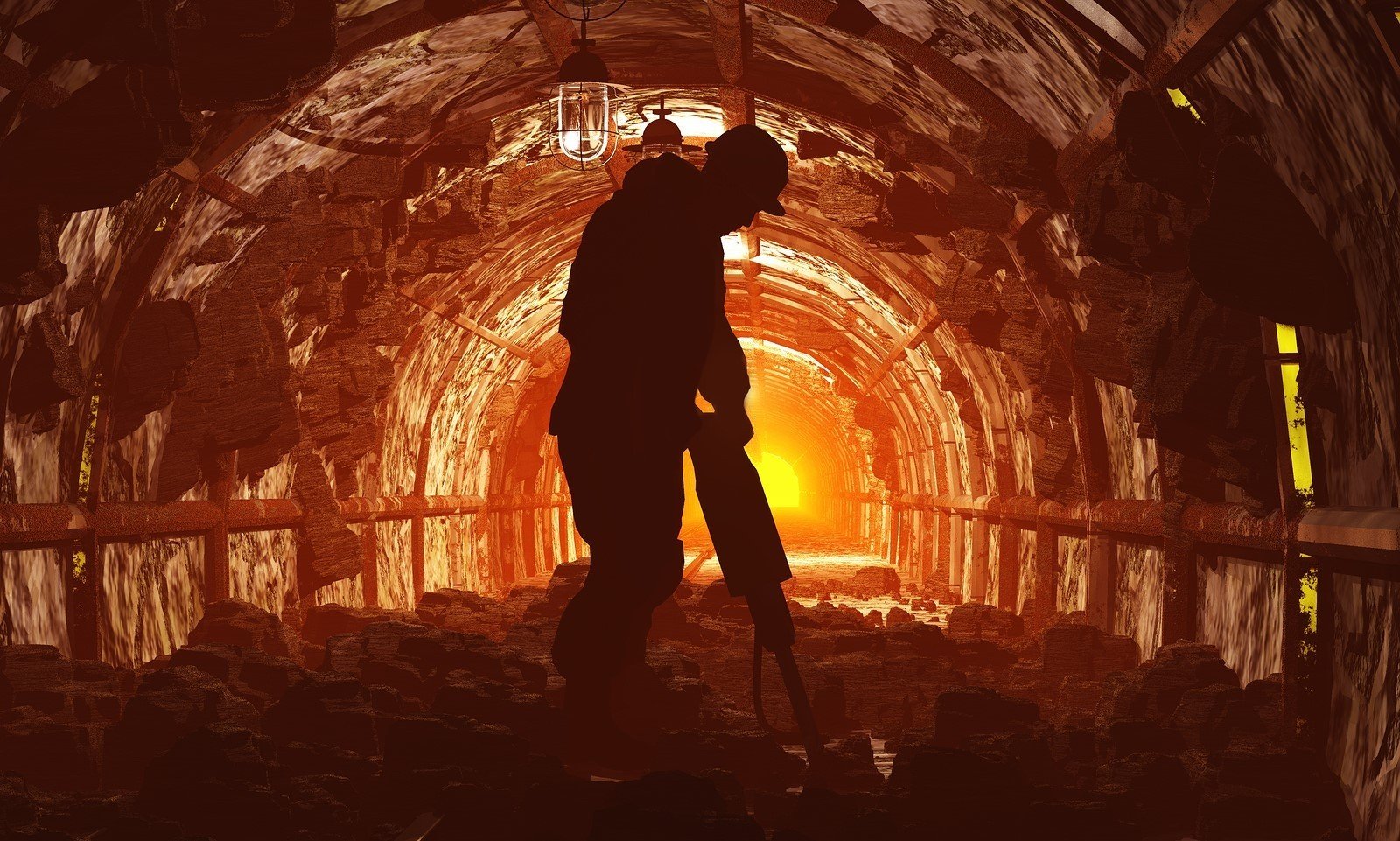 Besides "air," which is made up of primarily/approximately 78% nitrogen and 21% oxygen, there are four main gases that concern workers in a coal mine. They are carbon dioxide (CO2), carbon monoxide (CO), methane (CH4), and hydrogen sulfide (H2S).

Mine gas, any of the various harmful vapours produced during mining operations. The gases are frequently called damps (German Dampf, “vapour”). Firedamp is a gas that occurs naturally in coal seams. The gas is nearly always methane (CH4) and is highly inflammable and explosive when present in the air in a proportion of 5 to 14 percent. White damp, or carbon monoxide (CO), is a particularly toxic gas; as little as 0.1 percent can cause death within a few minutes. It is a product of the incomplete combustion of carbon and is formed in coal mines chiefly by the oxidation of coal, particularly in those mines where spontaneous combustion occurs. Black damp is an atmosphere in which a flame lamp will not burn, usually because of an excess of carbon dioxide (CO2) and nitrogen in the air. Stinkdamp is the name given by miners to hydrogen sulfide (H2S) because of its characteristic smell of rotten eggs. Afterdamp is the mixture of gases found in a mine after an explosion or fire.