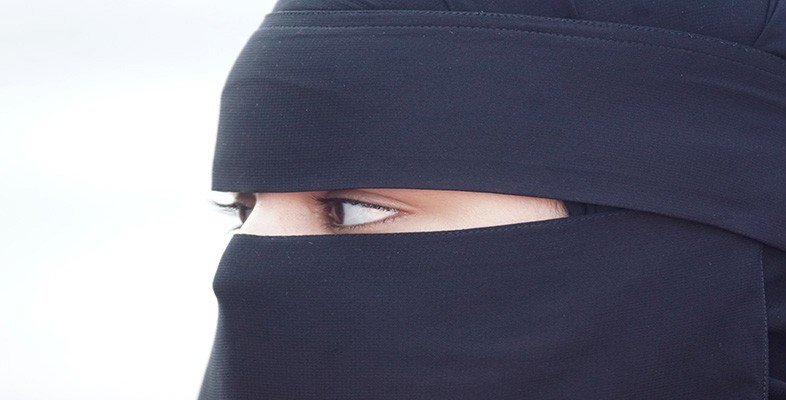 This course explores controversies associated with the practice of 'veiling' within Islam. The Islamic 'veil', be it in the form of the hijab, niqab, jilbab or burqa (we shall explore this terminology in more detail later), has been at the center of many different controversies. Many of these controversies can be understood in the context of debates about different citizenship models and different understandings of the roles, rights, and demands of faith groups in society. In some instances, such controversies have resulted in legal disputes and the creation of new laws.

This course explores controversies associated with the practice of ‘veiling’ within Islam. The Islamic ‘veil’, be it in the form of the hijab, niqab, jilbab or burqa (we shall explore this terminology in more detail later), has been at the center of many different controversies. Within the European and North American context, public debates around ‘veiling’ often evoke stereotypical images associating the Islamic ‘veil’ with ‘gendered oppression’, political and/or religious extremism, ‘otherness’, refusal to be a ‘good citizen’ and irreconcilable difference between ‘the modern West’ and ‘Islam’ (Sinclair, 2012). ‘Face-veils’ in particular have also been condemned on the grounds of perceived security, health and safety issues or the need to clearly identify the wearer. In other contexts, particular styles of ‘veiling’ are culturally regarded as the ‘norm’ and are socially expected. In some countries, such as Iran, particular forms of ‘veiling’ are legally enforced in public spaces, and political leaders stereotypically associate ‘veiling’ with decency, dignity, respectability and responsible citizenship, and present women’s decision not to ‘veil’ as indecent, immoral, undignified, ‘un-Islamic’, anti-social and so on. As the sociologist and anthropologist Annelies Moors points out, ‘what is perhaps most striking is the force with which politicians feel the need to fix the meanings of items of dress Muslim women wear’ (2010, p. 112). Or, as Reina Lewis, Professor of Cultural Studies at the London School of Fashion, puts it: ‘The veil […] is a garment fought over by adherents and opponents, many of whom claim their understanding of the veil’s significance is the one and true meaning’ (2003, p. 10). The discrepancy between one-dimensional representations of the ‘veil’ in many public debates and the multifaceted, complex ‘reality’ of ‘veiling’ practices has led to many misunderstandings and has been the source of many controversies. In comparison with other pieces of clothing, interpretations of the symbolic meaning of the ‘veil’ and of ‘veiling’ practices seem to be particularly diverse and contested, among both non-Muslim and Muslim men and women. However, it is important to remind ourselves that apart from fulfilling practical functions, such as comfort, warmth, and protection from the sun or from rain, every piece of clothing is loaded with symbolic meaning. The interpretation and careful negotiation of dress codes pose everyday dilemmas for many people and are clearly not limited to Muslim women. What to wear or not to wear is a decision most people face on a daily basis across the world within very different contexts, and this decision can be influenced by a vast range of different factors and can provoke a wide range of different reactions. Apart from financial constraints and consideration of weather conditions, there are complex sets of norms, social expectations and notions of what is considered to be socially acceptable or fashionable that influence what we wear and what we expect others to wear. Wearing a bikini or pajamas to work in an office is, for example, likely to raise some eyebrows and could even cost you your job. As the anthropologist Emma Tarlo points out:

we have certain sort of norms of acceptability of dress within the public sphere. And although we consider in the West that we are very individualist and we all choose what we wear, if we actually go out into the street, we see that people actually are wearing a very limited range of things. And a huge number of people are wearing denim jeans, which I think is the most popular item of clothing in the world now.

(2012)
Social norms and expectations vary in different cultural, geographical and social contexts and are often subject to change within different historical periods and between different generations. The great popularity of denim jeans across the world is, for example, a relatively recent phenomenon. A wider and intense examination of decisions made in response to the daily dilemma of what to wear ‘can reveal much about society, history, politics, culture and, above all, the way in which people seek to express their own identity’ (Tarlo, 1996, p. 1). As the novelist and academic Alison Lurie argue in her book The Language of Clothes:

Long before I am near enough to talk to you on the street, in a meeting, or at a party, you announce your sex, age and class to me through what you are wearing – and very possibly give me important information (or misinformation) as to your occupation, origin, personality, opinions, tastes, sexual desires and current mood. I may not be able to put what I observe into words, but I register the information unconsciously; and you simultaneously do the same for me. By the time we meet and converse we have already spoken to each other in an older and more universal tongue.

(1992, p. 3)
Anthropological, sociological, historical and psychological approaches to the study of dress and clothing acknowledge the particular significance assigned to headwear in cultures across the globe as ‘a tactical marker of ethnicity, status, social cohesion, political affiliation, fashionable tastes and ethnic, national or group membership’ (Maynard, 2004, p. 201). It has also been stressed that ‘clothing is one of the most consistently gendered aspects of material culture’ (Burman and Turbin, 2003, p. 1). As a form of headwear and clothing, the ‘veil’ represents visual and tangible expressions of political, social and religious ideas, notions of gender and of lived religion. The study of the interpretation and use of this controversial garment can give us important insights into the fascinating interaction between dress, religion and culture. This course explores how and why Muslim women wear ‘veils’ today, and how they negotiate complex social and legal rules and practical challenges associated with wearing or not wearing ‘veils’ within the context of contemporary societies. It highlights the diversity and complexity of different styles and interpretations of this controversial piece of clothing. In the following section, some relevant terminology that is used to refer to different styles of ‘veiling’ is explored. The course then moves on to consider a range of different factors that can influence why women do or do not wear ‘veils’ or adopt particular styles of ‘veiling’. The section on ‘Hijab and sport’ then looks at how Muslim women negotiate the practical challenges of leading an active lifestyle while wearing ‘veils’. In the section ‘Hijab and fashion’, the role of the ‘veil’ within the context of the emergence of an increasingly wide variety of interpretations of ‘modest fashion’ is explored. The final section considers the issues raised within this course in the specific local context of contemporary Kerala in India, particularly the city of Kozhikode (also known as Calicut).